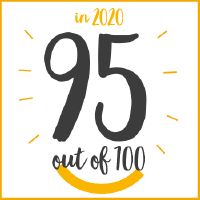 French equality index : Nataïs maintains its high score of 95 points out of 100

We are proud at Nataïs for the second year in a row, to have scored 95 out of 100 in our 2020 professional gender equality assessment. This high score reflects our long-standing commitment to workplace diversity, which notably translates into fair levels of professional equality.

Joining us at Nataïs, is becoming part of a family company, in which women and men work together in a spirit of equality, trust and sharing, and contribute jointly to innovative development in a buoyant market.

Nataïs, in a few key numbers:

By working together, we can unleash our talent!

Details about how our index is calculated

For French companies with fewer than 250 employees, the index is calculated as the sum of the scores obtained for each of the following 4 indicators:

1. Pay gap between women and men, for the same job and at equivalent age (as a %)

For this score, there is an issue with the calculation methodology which means that certain groups are not eligible for inclusion in the calculation of this indicator due to their occupational category or age bracket. In fact, the assessment is partial, and does not consider the entire employee population. Overall, pay levels are equal, however, if only the group eligible under the terms of the methodology are considered when calculating the index, then there is a pay gap of 4.32 % in terms of the average remunerations in favour of men over women. This pay gap corresponds to a score of 35 points out of 40 for this indicator.

2. Difference in individual pay increases between women and men (as % points or in terms of number of employees)

This result can be explained by the fact that more women than men received a pay increase in 2020. Indeed, 32.6% of all female employees received a pay increase in 2020, compared with 20.4% for male employees. The government thus considers that we have taken corrective measures, which means that we achieved the maximum score of 35 points out of 35 for this indicator.

3. Percentage of female employees who benefited from an increase upon return from maternity leave (as a %)

100% of our female employees received a pay increase before, during or after their return from maternity leave. This practice, which reflects our long-term commitments, was recognized by the maximum score of 15 points out of 15 for this Indicator.

4. Parity amongst the 10 employees who received the highest remuneration

From the 10 highest remunerations perceived in 2020, 6 of them were men, 4 were women. This corresponds to the maximum score of 10 points out of 10 for this indicator.

Accordingly, all companies with more than 50 employees publish in the public domain and annually their professional gender equality index so that any potential discrepancies can be evaluated, and corrective measures put in place.